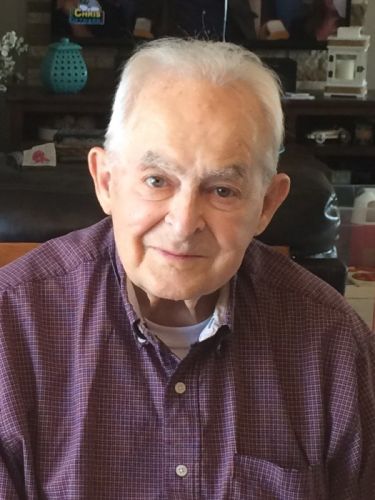 Edward L. Welinski, 86 year old resident of Little Falls, MN passed away on Wednesday, December 6, 2017 at St. Ottos Care Center in Little Falls. Mass of Christian Burial will be at 11:30 AM on Monday, December 11 at St. Marys Catholic Church in Little Falls with Father Matthew Langager officiating. A visitation will be held from 25 PM on Sunday evening at the Emblom Brenny Funeral Service in Little Falls, and one hour prior to the service at the church.

Edward was born on September 1, 1931 in Swan River Township to Joseph and Bridget Welinski. He graduated from Upsala High School with the class of 1948. Edward worked at Crestliner Boats for over 27 years. He was an avid musician and played with the Pete Kollodge Band where he met his future wife. He was united in marriage to Renee Kollodge on June 4, 1951 at St. Edwards Catholic Church in Elmdale, MN. The couple played together in the Ed-Renee Band which later became Country Pride. Edward enjoyed fishing and woodworking, but the most important thing in his life was his family.

He is preceded in death by his parents; siblings, James, Alois, and Leona.

To order memorial trees or send flowers to the family in memory of Edward L. Welinski, please visit our flower store.