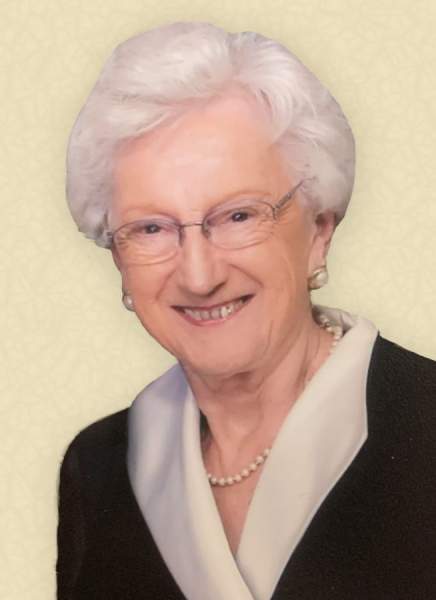 Elvira Stumpf, 93-year-old resident of Pierz, MN died Saturday, April 16 at the Pierz Villa in Pierz, MN. A Mass of Christian Burial will be held on Thursday, April 21 at 11:30 A.M. at St. Joseph's Catholic Church in Pierz, MN with Father Kenneth Popp officiating. The burial will be in the parish cemetery. A visitation will be held from 9:00 A.M. until the hour of the service on Thursday at the church. The Christian Mothers will pray the Rosary at 10:30 AM. In lieu of flowers memorials are preferred to Holy Trinity Schools: 80 Edward Street, Pierz, MN 56364 or the Franciscan Sisters of Little Falls: 116 8th Avenue SE, Little Falls, MN 56345.

Elvira Agnes Kuklok was born January 18, 1929 in Langola Township, Morrison County to the late Nicholas and Agnes (Warzecha) Kuklok. She attended St. Francis High School in Little Falls. She received her Registered Nursing Degree from St. Gabriel's School of Nursing. She worked at St. Luke's Hospital in Duluth, MN, for a short time. Elvira met the love of her life, Herbert while he was a patient in the hospital she was working at. The couple married on September 3, 1951 at Holy Trinity Church in Royalton, MN. The couple made their home in Pierz, MN, where they farmed in Agram Township and raised their 10 children. Elvira worked at the Pierz Villa, St. Gabriel's Hospital, Lutheran Senior Citizens Home, and the Brainerd State Hospital. She will be remembered for her love of cooking, being a gracious hostess, crafting, decorating, playing cards and square dancing. Elvira will be remembered as a caring mother, grandmother and great-grandmother. Elvira's family enjoyed her chicken noodle soup, coffee cakes and her chocolate cakes with butterscotch frosting for family events. In her retirement years, she served as the parish nurse for St. Joseph's Catholic Church. She was a member of the Christian Mothers, MCCL, Secular Franciscans, and St. Joseph's Church.


Emblom Brenny Funeral Service is Cherishing the Memory and Celebrating the Life of Elvira. 320-632-4393

To order memorial trees or send flowers to the family in memory of Elvira Stumpf, please visit our flower store.