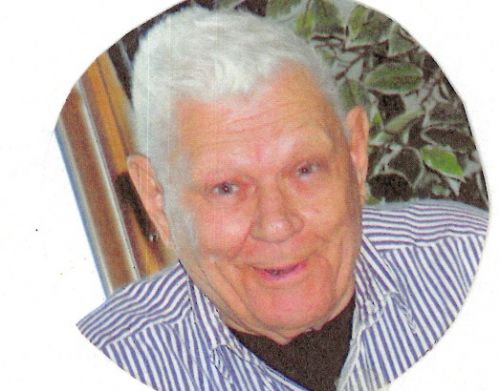 Ervin Anderson, 94-year-old resident of Pierz died Tuesday, May 21 at the St. Cloud VA Medical Center. A Celebration of Life will be held on Saturday, May 25 at 1:00 P.M. at Emblom Brenny Funeral Service in Pierz. A visitation will be held from 12:00-1:00 P.M. on Saturday at the funeral.

Ervin L. Anderson was born on May 8, 1925 in Hallock, MN to the late Henning and Bertha Anderson. He was the oldest of eight children. He grew up and worked in Northwest, MN. Ervin met Eleanor Ueland from the neighboring town of Holt and fell in love. A short time later they were inseparable. He was drafted into the United States Army on November 16, 1945 serving his Country during World War II and was honorably discharged on November 28, 1946. Ervin returned to Minnesota and married his sweetheart Eleanor. The couple made their home in Minneapolis for several years. Ervin and Eleanor always had an open door policy and enjoyed entertaining. He worked as a steel fabricator for Standard Iron in Minneapolis. Ervin and Eleanor retired to Fort Ripley and later relocated to Pierz. He enjoyed visiting, telling stories, working on cars, motors, riding lawn mowers and tractors. Ervin also would hunt and fish from time to time. He treasured his time spent with his sweetheart, Eleanor, children, grandchildren and great-grandchildren.

He was preceded in death by his parents, Henning and Bertha Anderson and six siblings.

To order memorial trees or send flowers to the family in memory of Ervin Anderson, please visit our flower store.