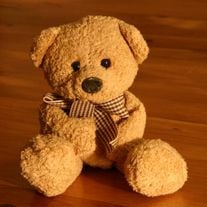 A visitation will be held from 10:00-11:00 A.M. on Monday at the funeral home. The burial will be held at the Minnesota State Veterans Cemetery north of Little Falls, MN.

The Military Honors will be conducted by the Little Falls American Legion Post #46.

Eugene F. Stoltman was born July 9, 1926 to the late Joe and Mary (Spycholliy) Stoltman. He grew up and attended school in Little Falls. Gene served his country in the United States Navy from June 7, 1944 and was honorably discharged on June 11, 1947. He received the Asiatic Pacific Campaign Medal, American Area Campaign Medal and the World War II Victory Medal. He was united in marriage to Shirley Mae Opatz on June 18, 1953 in Little Falls. The couple made their home in the state of California. Gene worked for the city of Downey for many years. The couple returned to Minnesota on August 14, 2015 to due declining health. He loved woodworking, made things to improve their home and making wood crafts with Shirley. He was a member of the Knights of Columbus.

Left to cherish his memory are his wife, Shirley; sister, Barbara Osowski; sister-in-law, Janet West and many nieces and nephews.

He was preceded in death by his parents; children, Deborah Jean, Mary Lou and Scott Alan Stoltman; sisters, Lou Zilka and Gen Wiczek.

To order memorial trees or send flowers to the family in memory of Eugene Florian Stoltman, please visit our flower store.