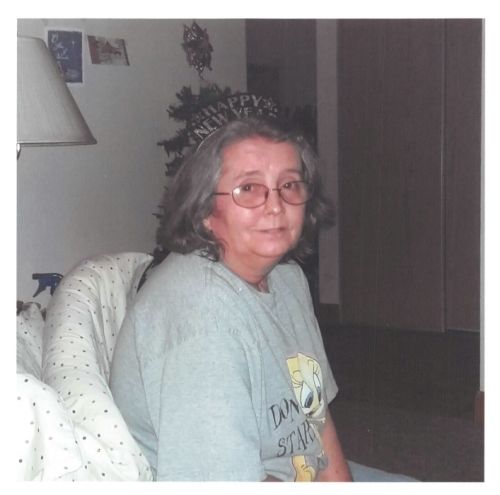 Fern Hanson, 58 year old resident of Swanville died Tuesday, July 17 at the St. Cloud Hospital. A funeral service will be held on Saturday. July 28 at 11:00 A.M. at Emblom Brenny Funeral Service in Little Falls. A visitation will be held from 10:00-11:00 A.M. on Saturday, July 28 at the funeral home.

Fern Marie Nelson was born October 29, 1959 in Grand Rapids to the late John and Ellen Marie Nelson. She grew up and attended school in Grand Rapids graduating with the class of 1976. She was united in marriage to Kevin Hanson on July 7, 1984 in Grand Rapids. The couple made their home in Grand Rapids for a short time before moving to Central Minnesota. Fern worked various jobs through temporary services; she worked for Big Rock Sports in Sauk Rapids for 11 years. Fern enjoyed fishing, camping, games on her phone, Smurfs, Tweety Bird, trolls, collecting Coca-Cola glasses. She treasured her time spent with her family and three cats. Her dream was to own a yellow Volkswagen beetle with Tweety Bird painted on the hood and to travel the country in a motor home.

To order memorial trees or send flowers to the family in memory of Fern Marie Hanson, please visit our flower store.