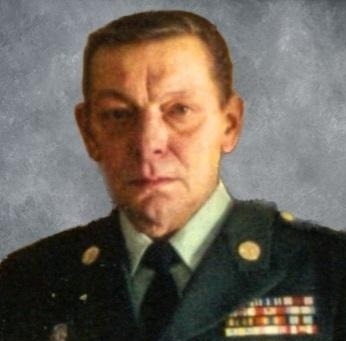 Floyd "Butch" Poppen, 76 year old resident of Royalton, MN, died Saturday, November 26 at Fair Oaks Nursing Home in Wadena.  A Military Honor Service will be held on Friday, December 2 at 11:00 A.M. at the Minnesota State Veterans Cemetery north of Little Falls.  A reception will follow at the Royalton American Legion.

Floyd (Butch) Poppen was born June 17th, 1946, in Little Falls.  He grew up on the family farm near Royalton and attended Royalton High School.  Butch enlisted in the US Army in 1963, and served in Heidelberg, Germany until 1966.  He returned to Royalton and worked with his uncle Severt Poppen in the cattle business for 15 years.  Butch worked at Camp Ripley at Range Control and Miles Warehouse for nearly 20 years, retiring from the MN National Guard in 1999.  Butch was united in marriage Pat Olesch on June 22, 1991. Butch enjoyed reading, history, trivia games with his sons, and spending time on his farm and socializing with friends.  He was a proud member of the Royalton American Legion for over 55 years.

Butch was preceded in death by his parents, John and Jane Poppen of Royalton, and his sister Pat Allen of Crystal MN.

Emblom Brenny Funeral Service is Cherishing the Memory and Celebrating the Life of Floyd.

To order memorial trees or send flowers to the family in memory of Floyd "Butch" Poppen, please visit our flower store.