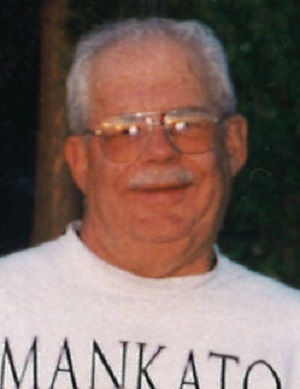 Gail Burton was born on September 23, 1934 in St. Cloud, Minnesota to the late Russell and Careyl (LeDoux) Burton. He lived in Little Falls until he was 11 years old. Then while his father served in the Navy during World War II, Gail and his family lived in California. They returned to Minnesota after the war. Gail graduated from Little Falls Community High School in 1952. He worked at his dads plumbing business Burtons Plumbing for a short time. Gail was united in marriage to Leona Zetah on October 19, 1954 at St. Michaels Parish in Motley, MN. The couple made their home in Little Falls, MN. They enjoyed their 61 years of marriage. He joined the National Guard in 1953 and served his Country for 39 years. He worked at Camp Ripley and retired as a CW4. Gail was a member of St. Marys Catholic Church and volunteered in many capacities: Parish Council, School Board Member, Eucharistic Minister, Catechist of Childrens Faith Formation and Funeral Mass Server. In addition he volunteered at St. Ottos Care Center for 15 years during his retirement. Gail served in the community as a Board Member of Alverna Apartments and Habitat for Humanity. He also belonged to both the Knights of Columbus and the Little Falls Jaycees Organizations. His favorite hobbies included fishing, hunting and following the Minnesota Sports Teams. He especially enjoyed the many road trips he and his wife, Leona, made throughout the United States.

He was preceded in death by his parents; daughter, Kristie Burton in 1995 and a brother, Russell Burton.

To order memorial trees or send flowers to the family in memory of Gail Burton, please visit our flower store.