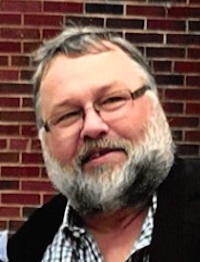 Gary Joseph Jelinski, 60 year old resident of Little Falls died Friday, March 23 at the St. Cloud Hospital with his family by his side. A Mass of Christian Burial will be held on Wednesday, March 28 at Holy Family Church in Belle Prairie with Father Joseph Herzing officiating. A visitation will be held from 4:00-8:00 P.M. on Tuesday, March 27 at Emblom Brenny Funeral Service and from 9:30-10:30 A.M. on Wednesday at the church. A Rosary will be said at 5:30 P.M. followed by Parish Prayers at 7:30 PM on Tuesday evening at the funeral home.

Gary was born November 8, 1957 in Little Falls to Leonard and Leona (Koroll) Jelinski. He attended school in Little Falls and graduated with the class of 1976. He furthered his education at St Cloud tech. He resided in the Little Falls area where he was married and raised his family. Gary was an entrepreneur at heart. He owned and operated many businesses over the years. He most recently worked as a landscape component wholesaler and over the road truck driver. In his free time, which there was little of that, he enjoyed playing cards, especially Texas Holdem. He treasured his time spent with his children, grandchildren and many friends. Gary will be remembered as a hard worker and seldom took a day off. He had a gift of communication and making new aquaintances fast friends. He had a strong faith and attending Mass was an important part of his life.

He was preceded in death by his parents, Leonard and Leona Jelinski, infant brother, Bruce Jelinski and former wife Elaine Jelinski.

To order memorial trees or send flowers to the family in memory of Gary Joseph Jelinski, please visit our flower store.