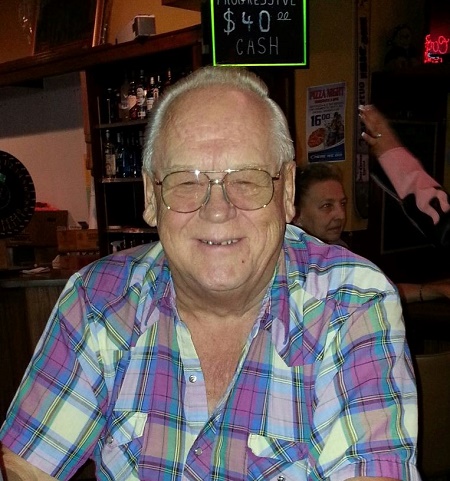 Gerald Larson was born on August 8, 1939 in Little Falls, Minnesota to the late Lambert Larson and Mabel Jacobson. He grew up in Little Falls and attended and graduated from Little Falls Community High School. Gerald joined the United States Navy and served his Country from 1956-1958. After his honorable discharge, he was united in marriage to Loretta Larson on May 19, 1962, the couple later divorced. Jerry lived in Minneapolis for a short time until moving to Flensburg, MN. He owned and operated Jerrys Gas Station while living in Flensburg. Jerry then moved to Little Falls and worked at Fleet Supply. In 1994, he met his life companion, Jeannie Otremba. Both worked at IWCO in Little Falls. Jerry retired in 2001 from IWCO, Jerry and Jeannie resided in Little Falls at the time of his death. He enjoyed watching sports especially the Twins and Vikings, going to the casino, traveling out west, playing cards with his family and fishing area lakes. You always had to listen closely because of his dry sense of humor and one liners. Jerry liked to listen to old country music, especially Johnny Cash and George Jones. He was a member of the Little Falls VFW Post #1112.

He was preceded in death by his parents, Lambert and Mabel Larson, daughter, Nancy Gerads; siblings, Lambert, Kenny, Robert and Donald Larson.

The arrangement for Jerry are with Emblom Brenny Funeral Service in Little Falls. 320-632-4393.

To order memorial trees or send flowers to the family in memory of Gerald Larson, please visit our flower store.