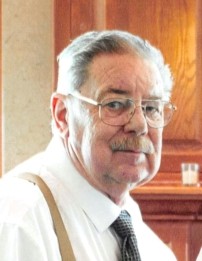 Gerald Jerry G. Adams, age 75, of Little Falls passed away unexpectedly Saturday, May 5. Burial and military honors will be at the Minnesota State Veterans Cemetery in Little Falls, Minnesota.

Jerry was born March 12, 1943 to Glen and Dorathy (Underhill) Adams. He served in the U.S. Marine Corp and was honorably discharged July 31, 1966. Jerry graduated from Dakota Vocational College with a certification in Meat Processing. In addition to working as a meat processor he also worked in sales and marketing for multiple Marine and Boating businesses before retiring. Jerry enjoyed hunting and fishing. He also enjoyed cooking and gardening. Jerry loved and took great pride in his children and grandchildren.

He was preceded in death by his parents; sister, Sharon Belcher; and brother, Charles Holcomb.

To order memorial trees or send flowers to the family in memory of Gerald "Jerry" G. Adams, please visit our flower store.