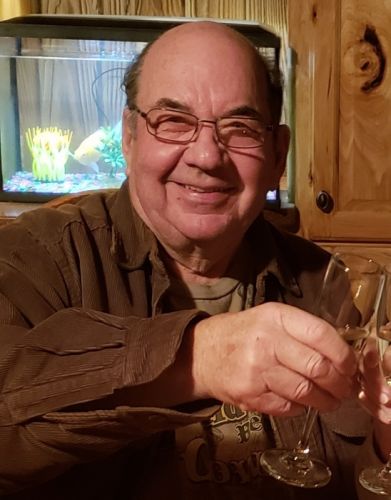 Jerry Gerald James Roscoe, of Onamia, Minnesota passed away on October 16, 2020 at age 78.

Jerry was born on March 22, 1942 in Brainerd, Minnesota to Joseph Roscoe and Lorraine (Young). His step dad was Wayne Williams, whom he called father. He graduated from Onamia High School in 1960. On January 25, 1964 he married Janet Joan Branger in Minneapolis, Minnesota. He met Janet at Krafves gas station in Hillman, Minnesota in 1961 as her parents had a cabin on Platte Lake; and both were smitten with each other. They shared 56 years of a loving and memorable marriage together. They lived in St. Anthony Village for 25 years and raised two children together, Vicki and Allen. Jerry retired in 2002 from Eaton Corporation where he worked for over 40 years. Jerry and Janet moved north to their beautiful wooded land outside of Brainerd in 2002 which he fondly named Roscoes Roost, as Jerry was counting the days to get out of the city and back to the country.

Jerry was a fighter. He suffered a major stroke in February 2003, which he overcame. He was resilient and relentless, and nothing was going to get in his way to enjoy life.

Jerry loved everything outdoors. From hunting and fishing, to cutting and chopping his own wood to burn in his fireplace, to woodworking and anything he could creatively make with his hands, to building his own massive winding logging trails on his land with his tractor and other big toys, near where he grew up. He loved to watch all the wildlife every day that would walk up his long pine tree lined driveway (which he had planted every tree by hand) and reach the center of his yard, including deer, bunnies, bear, fox, turkeys, and more. He was their favorite fan because every day he made it a point to make sure they didnt go hungry, feeding them corn and other animal treats. He chopped his own wood and enjoyed a trip out in the woods on his logging trails with his gator the day he passed.

Jerry also loved people. A truly amazing individual, he was always looking out for and helping others. His pride and joy were spending time with his family and many dear friends. He was kind, generous and had a sense of humor that made everyone laugh and smile. He taught his kids so many life skills, with the most important being respecting others. Heencouraged them to work hard but always enjoy each day to the fullest.He was also known for a bit (or a lot) of sarcasm, just to keep everyone on their toes!

Jerry was cremated. A celebration of life service will be held in spring/summer of 2021.

He is going to be deeply missed by Janet, Vicki and Allen, family, friends and all that crossed his path.

To order memorial trees or send flowers to the family in memory of Gerald Roscoe, please visit our flower store.