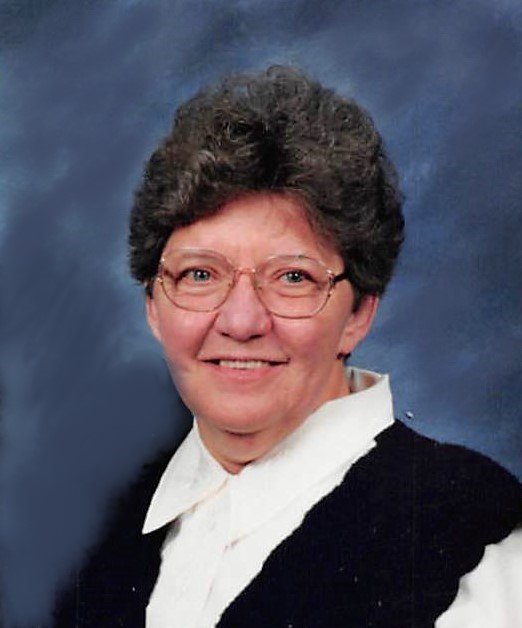 Gloria K. Snyder, 79-year-old resident of Little Falls passed away on March 5, 2021 at St. Gabriel's Hospital. The funeral will be held at Little Falls Alliance Church on Friday, March 12 at 11:00 A.M. Visitation will be one hour before the service at the church.

Gloria was born in Fond De Lac, WI on September 2, 1941 to Dorothy and Lawrence Schwersinski. She grew up and attended school in Fond Du Lac, graduating from nursing school as a Licensed Practical Nurse. She enjoyed her work as a nurse. It was in Fond Du Lac at a hayride that Gloria met John Snyder, the two dated and were married on April 20, 1968. Gloria was a loving and caring person who had a strong relationship with God. She attended the Little Falls Alliance Church. She was a proud, supportive, hockey mom to her son Todd. She instilled confidence in her son. A great joy in Gloria's life was her grandchildren, she even opened up their home when they were young so she could care for them and see them on a daily basis. The grandkids enjoyed playing games with grandma. As Gloria worked around the house the sound of her beautiful voice could be heard singing tunes. Gloria did lots of cooking and baking but was known by many for her famous peanut butter cookies. She had a special connection with her mom, Dorothy; they were not just mother and daughter but best friends. Gloria and John lived part of their life in Alexandria, Minnesota but moved to Little falls, 16 years ago. The couple made their church home at the Little Falls Alliance Church where John and Gloria both have taken part in different groups and gatherings.

She is preceded in death by daughter, Christa Jillene Snyder (1979) and her parents.

To order memorial trees or send flowers to the family in memory of Gloria K Snyder, please visit our flower store.