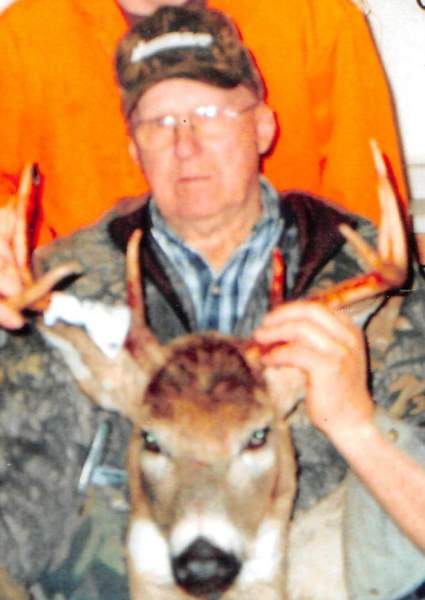 Harlan Joseph Moser was born on July 8, 1931 in Platte Township, Morrison County, Minnesota to the late Andrew and Helen (Litke) Moser. He grew up in Platte Township and attended rural country school. Harlan served his Country in the United States Navy from January 15, 1952 until his honorable discharge on January 12, 1956. He served on the USS Dashiell with his brother, Leroy during the Korean conflict. He returned to Morrison County where he farmed in Platte Township. Harlan was united in marriage to Virginia Stegora on May 6, 1957 at Holy Cross Catholic Church in Harding, MN. The couple were blessed with four children, Larry, Rick, Dan and Gloria. The couple made their home in Platte Township and later divorced. Harlan worked for Crestliner Boats and was a telephone line repair man. He enjoyed coyote hunting, going to the local sales barn for pie and going to the old Shady Brook.

He was preceded in death by his parents; daughter, Gloria Ludgate in March 2009; brothers, Norman Moser, Gene Moser and Leroy Moser.

The family of Harlan would like to thank you for the visits, phone call, cards and friendships. No thank you cards will be sent.

Emblom Brenny Funeral Service is Cherishing the Memory and Celebrating the Life of Harlan.

To order memorial trees or send flowers to the family in memory of Harlan Joseph Moser, please visit our flower store.