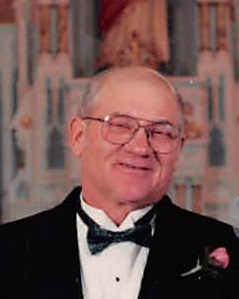 Harvey Sauer was born July 30, 1936 in Lastrup, Minnesota to the late Joseph and Terese (Moser) Sauer. The family moved to Pike Creek Township, Morrison County when Harvey was a young boy. He attended District #1198 country school near Little Falls, MN. After completing his schooling, he helped his parents on the family farm. He also owned and operated his own cattle trucking business and was a route driver for West Side Creamery. He was a member of the National Guard from 1955 until his honorable discharge in 1962. Harvey was united in marriage to Delores Czech on September 7, 1959 at St. Edwards Catholic Church in Elmdale, MN. The couple moved to Minneapolis, MN, where he worked as a carpenter. The couple moved back to Morrison County in 1961 and purchased the Sauer family farm in Pike Creek Township. The couple farmed in Pike Creek Township their entire lives. He continued helping his son, Ron on the farm during the harvest until 2016. Harvey resided on the family farm until his death. Harvey enjoyed playing cards, watching the Twins, attending amateur baseball games, listening to polka music and socializing with family and friends.

Left to cherish his memory are his children, Linda (Jack) Ramler of St. Cloud, MN, Ron Sauer of Little Falls, MN and Wayne Sauer of Minneapolis, MN; grandchildren, Abigail and Clayton Sauer and many relatives and friends.

He was preceded in death by his parents; wife, Delores Sauer in 2005; brother, Irving Sauer and a sister,Vernice Ann Erickson.

To order memorial trees or send flowers to the family in memory of Harvey Sauer, please visit our flower store.