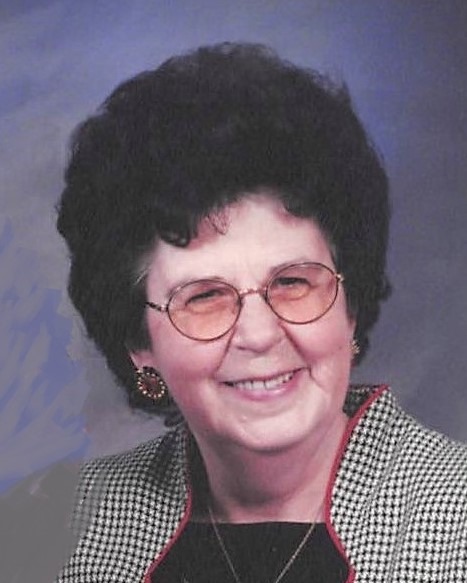 Helen Jean Gohl was born on June 17, 1934 in Agram Township, Morrison County, Minnesota to the late Joseph J. and Anna (Otremba) Gohl.  She grew up and attended school in Morrison County.  Helen married the love of her life, Leonard Larson, on October 20, 1953 at St. Joseph’s Catholic Church in Pierz, MN.  Later, the couple made their home and raised their family in Fridley for 27 years. Helen worked at Foremost, an ice cream parlor supply company, and was a hairstylist at Holiday while the couple lived in Fridley.  The couple later moved to Peavy Lake.  They were blessed with four children, Duane, Annette, Debbie and Joel.  Helen worked at the Pierz Villa for seven years and also owned and operated Lake View Beauty Shop from her home on Peavy Lake.  She enjoyed quilting, gardening, making Afghans and dancing the polka with her husband, Leonard.   She was a member of the Little Falls VFW, Holy Family Catholic Church, Christian Mother’s, St. Ann’s Mission Group and was a member of the funeral lunch committee for several years.

Emblom Brenny Funeral Service is Cherishing the Memory and Celebrating the Life of Helen.

To order memorial trees or send flowers to the family in memory of Helen Larson, please visit our flower store.