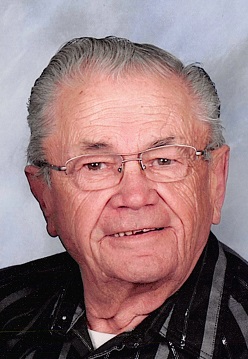 Henry Hank Kostreba, 83 year old resident of Opole died Sunday, December 31 at his home in Opole. A Memorial Mass will be held on Saturday, January 6 at 12 noon at Our Lady of Mount Carmel Catholic Church in Opole. A visitation will be held from 9:30 A.M. until the hour of the service on Saturday. The military rites will be conducted by the Bowlus American Legion Post #642. The burial will be held in the parish cemetery.

Henry Kostreba was born December 13, 1934 to Paul and Monica (Beam) Kostreba in Opole, MN. He grew up in the Opole area and attended and graduated from Holdingford High School with the class of 1953. Henry served his country in the United Sates Army from 1955 until his honorable discharge in 1957. He returned to Minnesota and was united in marriage to Darlene Lange on August 25, 1958 in St. Francis, MN. The couple made their home in Opole. Henry worked in the Engineering department for the VA Medical Center in St. Cloud for 35 years retiring in 1990. He did not stop working for the next 40 years he worked for Our Lady of Mount Carmel Church in Opole digging graves, cutting grass and removing snow. Henry also worked for Polar Tank as a parts runner for 10 years in Opole. He was a member of the Bowlus American Legion Post #642 and was the post commander for fourteen years, former member of the Catholic War Veterans in Opole and the Holdingford Sportsmans Club. He treasured his fishing trips up north, deer hunting, playing cribbage, listening to polka music, trips to Branson, MO and spending time with family and friends.

He was preceded in death by his parents and sister, Marcella Thompson.

To order memorial trees or send flowers to the family in memory of Henry Kostreba, please visit our flower store.

Our Lady of Mount Carmel