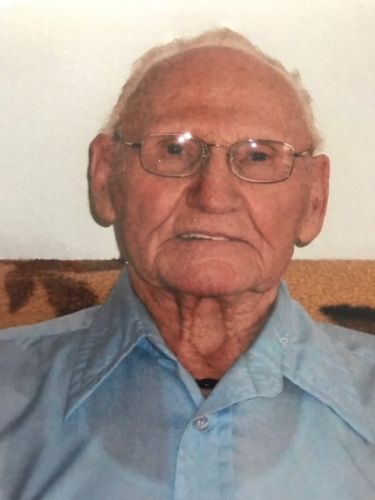 Herbert Herb Richard Johnson peacefully passed away December 7, 2017 at Little Falls Care Center. A memorial service will be held at 11 AM on Thursday, December 14at the Emblom Brenny Funeral Service in Little Falls with Bob Mueller officiating. A visitation will be held one hour prior to the service. Burial will be at Minnesota State Veterans Cemetery north of Little Falls.

Herbert was born on July 10, 1920 in Pierz, MN and was the youngest of six children born to Charles and Nancy Johnson. When Herb was 17 he met his future wife, Elvera Vera Hedlund. They were married soon after in 1938 in Brainerd, Minnesota. Their first home was a small farm near Brainerd. Their daughter, Judy was born in 1944. A year later, Herb was drafted into the army and sent to Japan. When he returned home he moved his family to a farm near Randall. At that time, Veras younger brother, Raymond, moved into their home and became part of the family. Soon they moved to Swanville, where Herb operated a garage. He was a good mechanic and loved cars. They lived in several other areas around the country, where they bought many homes, which Herb remodeled and sold. During this time, Herb became a qualified machinist and worked in Civil Service until he retired. Not long after Vera passed away, Herb moved back to Minnesota and made Little Falls his home. He enjoyed many good times with his nephews and nieces. In his later years he learned how to use a computer and it opened up a whole new world to him. He loved searching the internet to learn about anything and everything. Dancing, driving his Prius and riding his electric bike around town were his favorite pastimes. They kept him forever young. He will be dearly missed.

He is preceded in death by his wife, Elvera Vera;and parents, Charles and Nancy Johnson.

Arrangements are with the Emblom Brenny Funeral Service of Little Falls.

To order memorial trees or send flowers to the family in memory of Herbert R. Johnson, please visit our flower store.