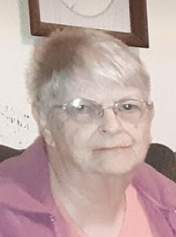 Ila Rahn, 76-year-old resident of Little Falls died Friday, August 6 at her home. Emblom Brenny Funeral Service is Cherishing the Memory and Celebrating the Life of Ila. A funeral service will be held on Thursday, August 12 at 11:00 A.M. at Bethel Lutheran Church in Little Falls with Pastor Kari Pancoast officiating. A visitation will be held from 9:30 A.M. until the hour of the service on Thursday at the church. The burial will be held at Cushing Union Cemetery in Cushing, MN.

Ila Bowen was born on November 18, 1944 in Little Falls to the late Harvey and Mildred (Thomas) Bowen. Ila grew up in the Cushing area. She attended Little Falls High School. and graduated with the class of 1961. Ila was united in marriage to Henry Rahn on August 1, 1964 at St. Peter's Lutheran Church in Swanville, MN. The couple made their home in Swanville. The couple later divorced. Ila worked at the following businesses: Larson Boats in Little Falls, Day Break in Long Prairie, and the Mille Lacs Casino. She retired in 2007 and enjoyed spending time with her children and grandchildren. Ila enjoyed crocheting, fishing, going for car rides, walking her dog, cooking, and baking. Her potato salad and cucumber salad were always tasty! Ila attended Bethel Lutheran Church and enjoyed her many friends from church.


She was preceded in death by her parents; brother, Robert Bowen, sister, Roberta Barthel and a great-grandson, Zathan Seelen.


Emblom Brenny Funeral Service is Cherishing the Memory and Celebrating the Life of Ila.
320-632-4393.

To order memorial trees or send flowers to the family in memory of Ila Rahn, please visit our flower store.