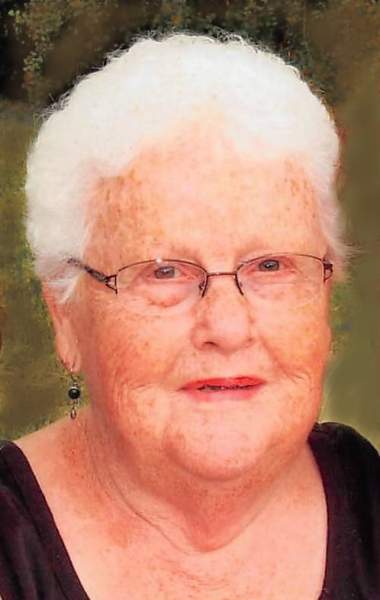 Irene Fussy, 84-year-old resident of Little Falls, formerly of Sobieski passed away on August 30 at St. Otto's Care Center. A Mass of Christian Burial will be held on Friday, September 3, at 11:00 A.M. at St. Stanislaus Catholic Church in Sobieski with Father Jimmy Joseph officiating. A visitation will be held on Thursday, September 2 from 4:00-8:00 P.M. at Emblom Brenny Funeral Service in Little Falls and from 9:30 A.M. until the hour of the service on Friday at the church. The burial will be held in the parish cemetery.

Irene Rose Moritz was born on June 30, 1937 in Elrosa, Minnesota to the late Norbert and Marie (Brinkman) Moritz. She attended rural country school in Elrosa. She was united in marriage to Jack Merten on October 16, 1956 at St. Paul's Catholic Church in Sauk Centre. The couple was blessed with three children, Kenneth, Karen, and MaryAnn. The couple made their home in rural West Union. Jack died in a tragic tractor accident on October 29, 1960. Irene met and married Raymond Fussy on May 28, 1966 at Our Lady of Angels Catholic Church in Sauk Centre. The couple made their home on the Fussy home farm in rural Swan River Township, and they were blessed with Peter, Paul, Catherine, Amy and Jennifer. In her younger years she worked at a bus stop, bowling alley and a movie theatre and Sarepta Nursing Home in Sauk Centre. She loved playing cards, seeing her siblings, baking, especially coffee cakes, gardening, planting vegetables, strawberries and always had a lot of flowers around the house. Irene's true joy was being around her children, grandchildren, and greatgrandchildren. She was a member of St. Stanislaus Catholic Church and the Mother's Club in Sobieski.

Cherishing the Memory and Celebrating the Life of Irene is Emblom Brenny Funeral Service of Little Falls. 632-4393

To order memorial trees or send flowers to the family in memory of Irene Fussy, please visit our flower store.