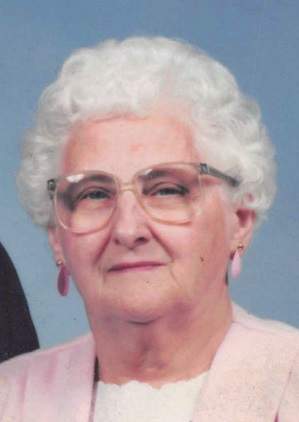 Irene Agnes Wurzer was born on October 29, 1921 in Pierz Township, Morrison County, Minnesota to the late Frank and Mary (Motschke) Wurzer. She grew up in the Pierz area and attended rural country school. She was united in marriage to Willard Majerus on October 5, 1948 at St. Josephs Catholic Church in Pierz, MN. The couple purchased a farm near Lastrup, MN. This is where they would raise their six children, Gerald, Donald, Melvin, Joseph, Jeffrey and Karen. The couple sold the farm in 1978 and moved into Little Falls. They owned and operated an upholstery business together and worked side by side for 19 years. Willard died in 1997 from a sudden heart attack. Irene continued living in Little Falls and was a member of St. Marys Catholic Church and a member of the Christian Mothers. She enjoyed playing cards, camping, fishing, traveling, sewing, quilting and enjoying nature. Irene treasured her time spent with her family and friends.

To order memorial trees or send flowers to the family in memory of Irene Majerus, please visit our flower store.