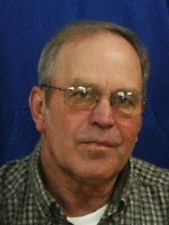 James Jim Benusa was born April 23, 1953 at St. Gabriels Hospital in Little Falls, MN to Luke and Evelyn (Warzecha) Benusa. James graduated from Royalton High School in 1971. He served his country in the United States Army and was honorably discharged in 1973. James attended St. Cloud State and received a Bachelors of Science in Engineering. He was united in marriage to Kathleen Cielinski on December 2, 1978 in Little Falls. The couple made their home in Royalton, where they raised three boys, Chad, Nicholas and Nathan. James worked as a union bricklayer and allied craftsman throughout his life.

James enjoyed fishing, spending time with his family, and deer hunting, especially with his grandson Hunter. He loved riding his Harley Davidson Motorcycle, restoring old vehicles, in particular his 1956 Ford truck, and rides in his Camaro. He was an avid Minnesota Twins and Minnesota Vikings fan.

He was preceded in death by his parents, Luke and Evelyn Benusa.

To order memorial trees or send flowers to the family in memory of James "Jim" D. Benusa, please visit our flower store.