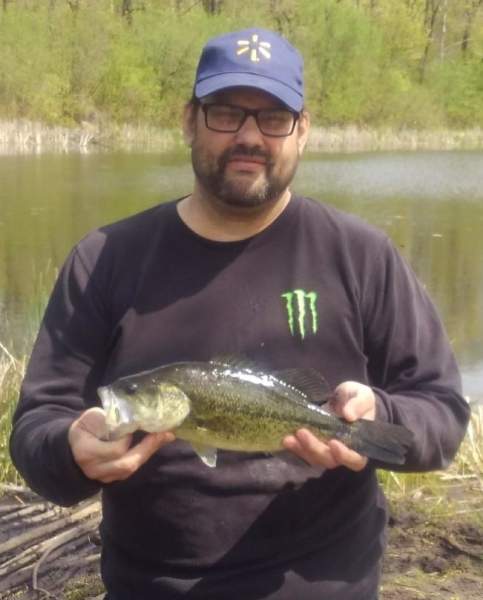 Jamie Scott Adler, 50-year-old of Pierz, MN died Monday, December 6 at his home in Pierz. A gathering of family and friends will be held at Emblom Brenny Funeral Service in Pierz on Thursday, December 16 from 4:00-8:00 P.M. with a prayer service at 6:00 P.M. A Celebration of Jamie's life will be held in the spring of the year.

Jamie Scott Adler was born on March 15, 1971 in Iowa City, Iowa to the Robert and Lou Ann (Bleichner) Adler. He grew up in the Pierz and Onamia where he attended school as a young boy. He moved with family to Banning, CA, where he graduated from High School with the class of 1990. Jamie returned to Minnesota after high school and worked various jobs. He worked in the tree service industry for over 20 years. Jamie was united in marriage to Paula Honnold on December 30, 2002 in Mille Lacs County. He most recently worked for the Little Falls Walmart. Jamie enjoyed hunting, archery and was a passionate fisherman.

He was preceded in death by his grandparents; mom, Lou Ann Bleichner and step-dad, William Bleichner and many aunts, uncles and cousins.

The arrangements for Jamie are with Emblom Brenny Funeral Service in Pierz. 320-632-4393.

To order memorial trees or send flowers to the family in memory of Jamie Adler, please visit our flower store.