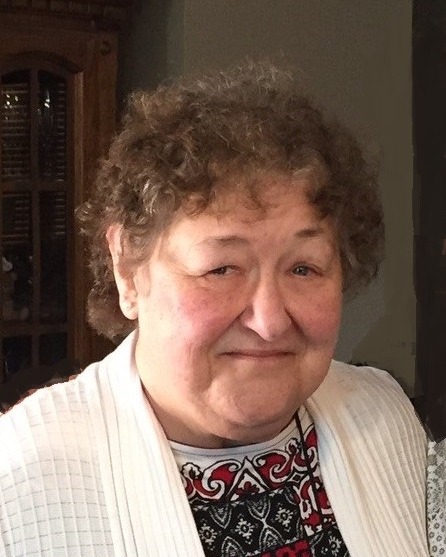 Jane Marie Storkamp, 72-year-old resident of Pierz, died on Friday, January 13, at the St. Cloud Hospital. Mass of Christian Burial will be at 11:30 AM on Thursday, January 19, at St. Joseph’s Catholic Church in Pierz with Father Kenneth Popp officiating. The burial will be held in the parish cemetery.  A visitation will be held from 10:30 AM until the hour of the service on Thursday at the church in Pierz.

Jane was born on July 5, 1950, in Little Falls to Chester and Viola (Lund) Schneider. She graduated from Little Falls High School. Jane married Glen Storkamp on August 17, 1973, at St. Joseph’s Catholic Church in Pierz. Jane and Glen owned and operated Storkamp Gravel for many years. She was later employed by EEI. Jane loved her job at EEI and was loved by “her Kids” there; she considered them to be part of her family. In her younger days she enjoyed riding horses. Jane enjoyed trail riding on her 4-wheeler, knitting, crocheting, coloring, cards and bingo. She loved to cook and bake for others, especially her friends at Country Place. Jane was a great conversationalist and enjoyed visiting with others. Jane was a member of the Pierz American Legion Auxiliary since 1986. Jane especially loved her family and had a special place in her heart for her granddaughters, Jynesa and Aleah.

Emblom Brenny Funeral Service is Cherishing the Memory and Celebrating the Life of Jane.

To order memorial trees or send flowers to the family in memory of Jane Storkamp, please visit our flower store.