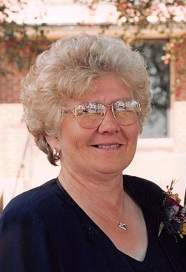 Jeanette Marie (Yasgar) Petrich was born November 26, 1942 in Little Falls, Minnesota to Bob and Phyllis Yasgar. She attended country school in Sobieski and graduated from St. Francis High School in Little Falls with the class of 1960. She held a position at the Sobieski Creamery as a bookkeeper. Jeanette was united in marriage to Gordon Petrich on January 28, 1967 at St. Stanislaus Catholic Church in Sobieski. The couple made their home in Randall where they raised their six children. Jeanette worked at Eagle Court Senior Apartments for several years. She worked on the family farm and enjoyed milking cows. Jeanette enjoyed reading, especially cookbooks, flower and vegetable gardening, bird watching, bingo (specifically, quilt and ham bingo), polka music, and dancing. She was an excellent cook. Some of her favorite things to prepare were Christmas cookies, Thanksgiving pies, caramel bars, pfefferneusse, peanut butter fingers, pear and dumpling soup, and glorified rice. In the fall, Jeanette canned many different vegetables, peaches and pickles. Jeanette enjoyed the country life, such as hanging sheets on the clothesline and fall back to school shopping with her children at Lad and Lassie. She enjoyed the Christmas season and taking first day of school pictures. She enjoyed spending time with her grandchildren and watching them grow.

She was preceded in death by her father, Bob Yasgar; father and mother-in-law, William and Elvera Petrich; sisters and brothers-in-law, Don and Glenda Petrich, Ruthie and Bob Lawrence; and brother-in-law, Bob Ritzer.

To order memorial trees or send flowers to the family in memory of Jeanette Petrich, please visit our flower store.