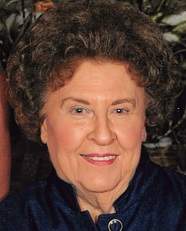 Jeanette Plantenberg, 86 year old resident of Royalton died Monday, July 29 at St. Ottos Care Center in Little Falls. A Mass of Christian Burial will be held on Friday, August 2 at 10:00 A.M. at Holy Trinity Catholic Church in Royalton, MN. With Father Roger Klassen officiating. The burial will be held at the Minnesota State Veterans Cemetery north of Little Falls. A visitation will be held from 8:30 A.M. to 10:00 A.M. on Friday, August 2 at the church in Royalton.

Jeanette Selinski was born on February 1, 1933 in Bowlus, Minnesota to the late George and Martha (Kampa) Selinski. She graduated from Royalton High School in 1951. She worked at the following businesses: Twin City Arsenal, Camp Ripley and Tri City Paving in clerical administration. Jeanette was united in marriage to Charles Chuck Plantenberg on September 28, 1953, at St. Stanislaus Catholic Church in Bowlus, MN. The couple made their home in Royalton where they lived for 66 years. She enjoyed birdwatching, going for rides in the country, gardening, reading, visiting with friends, playing cards, baking, traveling and spending time with her children, grandchildren and great-grandchildren. She will be remembered for her love, courage and dignity. She was a member of Christian Mothers and Holy Trinity Catholic Church.

To order memorial trees or send flowers to the family in memory of Jeanette Plantenberg, please visit our flower store.