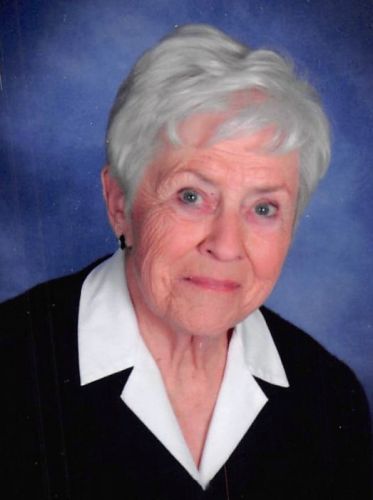 Jeanette Jan M. Kiefer was born on January 16, 1929 in Sleepy Eye, Minnesota to the late Peter E. and Adele A. (Kost) Wilms. She grew up in Sleepy Eye where she attended St. Marys Elementary School and High School, graduating in 1946. Following High School, Jan attended St. Theresas College in Winona, Minnesota for one year. She then attended Miss Woods School for Kindergarten and Elementary Education. She taught in Merrill, Wisconsin for two years; Port Washington, Wisconsin for one year and St. Louis Park, Minnesota for three years. Jan was united in marriage to Lawrence Larry Kiefer on July 13, 1954 at St. Marys Catholic Church in Sleepy Eye, Minnesota. Following their marriage, Jan and Larry lived in Golden Valley, Minnesota and Fergus Falls, Minnesota. They then moved to Little Falls, Minnesota in 1956 where they continued to live out the rest of their lives. Larry died in January of 1994. Jan worked for 22 years at the Middle School and High School in Little Falls. She taught CCD classes and worked with Campfire and Cub Scouts. Jan enjoyed reading and playing bridge. She was a member of St. Marys Catholic Church in Little Falls.

She was preceded in death by her parents, Peter and Adele Wilms; husband, Lawrence Larry Kiefer and sister, Charlotte Jacobson.

To order memorial trees or send flowers to the family in memory of Jeanette "Jan" Kiefer, please visit our flower store.