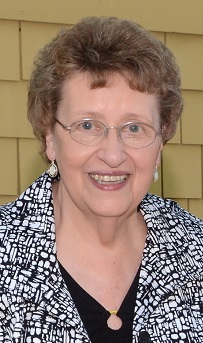 Jeanne R. Stang, 82 year old resident of Pierz, passed away Sunday, December 16 at Essentia Health Hospital in Brainerd. A Mass of Christian Burial will be held on Saturday, December 22 at 10:30 AM at St. Josephs Catholic Church. The burial will be held at the Minnesota State Veterans Cemetery north of Little Falls at a later date. A visitation will be held on Friday, from 4:00-7:00 P.M. and from 9:00-10:15 A.M. on Saturday all visitation times will be at Emblom Brenny Funeral Service in Pierz. The Christian Mothers will pray the rosary at 4:30 P.M. followed by parish prayers at 5:30 PM on Friday evening at the funeral home.

Jeanne R. Thelen was born June 4, 1936 in Chanhassen, MN. She was adopted as an infant by Peter and Philomina Thelen of Freeport, MN. She grew up and attended school in Freeport and graduated from Melrose High School. She was united in marriage to Martin Stang on September 18, 1956 at Sacred Heart Catholic Church in Freeport, MN. The couple made their home in St. Cloud for 16 years. During that time she enjoyed working at Bastian Chevrolet and the St. Cloud Daily Times. The couple moved to Pierz in 1972, where she became very active in St. Josephs Catholic Church serving as the choir director for 40 years. Among her many interests were the love of music, including teaching piano lessons to many children in the Pierz area knitting and playing cards. She treasured her time spent with her family and friends. Jeanne was special to all who knew and loved her.

To order memorial trees or send flowers to the family in memory of Jeanne R. Stang, please visit our flower store.