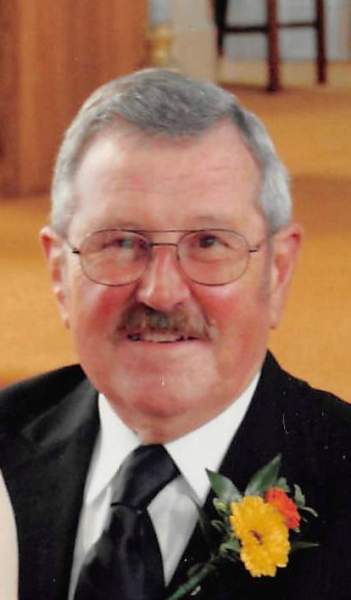 Jerome "Jerry" Posch, 77 year old resident of the Pierz/Buckman area died December 31 at the Pierz Villa in Pierz, MN. A Mass of Christian Burial will be held on Tuesday, January 11 at 10:30 A.M. at St. Michael's Catholic Church in Buckman, MN with Father Kenneth Popp officiating. The burial will be held in the parish cemetery. A visitation will be held from 4:00-8:00 P.M. on Monday, January 10 at Emblom Brenny Funeral Service in Pierz and from 9:00 A.M. until the hour of the service on Tuesday at the church. A Parish Prayer will be said at 6:00 P.M. followed by the Knights of Columbus Office of the Dead Prayer at 7:00 P.M. on Monday evening at the funeral home.

Jerome Anthony Posch was born on January 15, 1944 in Little Falls, MN to the late Henry and Olean (Boisvert) Posch. Jerry served his Country in the United States Army from October 19, 1962 until his honorable discharge on October 16, 1964. He also served in the Merchant Marines for a few years sailing the Great Lakes. Jerry lived in Minneapolis for several years and worked for B.F. Nelson Roofing. He met the love of his life, Carol Gwost around 1965 in the Little Falls area. The couple were united in marriage on February 8, 1969 at St. Stanislaus Catholic Church in Sobieski, MN. The couple lived in Minneapolis before making their home in Buckman. Jerry worked for the following businesses: Thommes T.V. and Stocks T.V. in St. Cloud, MN. He then owned and operated "Jerry's T.V. and Appliance Sales and Service" in St. Cloud until his retirement. Jerry enjoyed hunting, fishing, watching westerns, bird watching, bowling and spending time at the lake cabin. Jerry's true love was spending time with his family, especially his grandchildren. He was a member of the Knights of Columbus, Pierz Council, 4th Degree Knights of Columbus and St. Michael's Catholic Church where he was active as an usher and serving on the parish council. He served on the former St. Michael's Catholic school board.

He was preceded in death by his parents; mother and father-in-law, Dave and Helen Gwost; siblings, Benny, Mary, Ralph, Linda, Rachel and Clarence and a brother-in-law, Bob Sitzman.

Emblom Brenny Funeral Service is Cherishing the Memory and Celebrating the Life of Jerry. 320-632-4393.

To order memorial trees or send flowers to the family in memory of Jerome "Jerry" Posch, please visit our flower store.