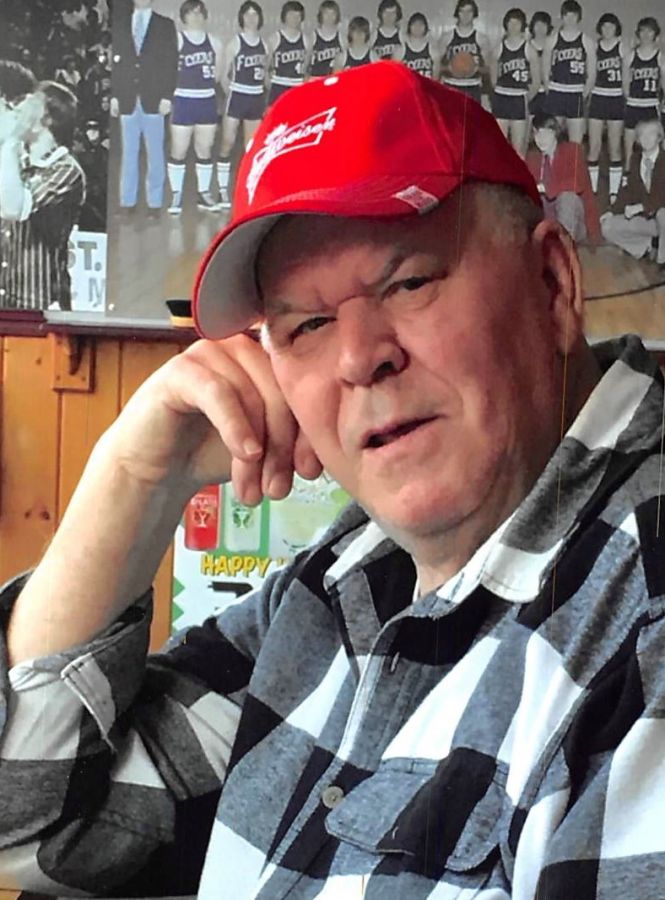 Jerome "Jerry Waldvogel, 80 year old resident of Little Falls, died Sunday, June 26 at St. Otto's Care Center in Little Falls. A Mass of Christian Burial will be held on Friday, July 8 at 11:00 A.M. at St. Mary's Catholic Church with Father Ben Kociemba officiating. The burial will be in the parish cemetery. A visitation will be held from 4:00-7:00 P.M. on Thursday, July 7 and from 9:00-10:30 A.M. on Friday July 8 all visitation times will be held at Emblom Brenny Funeral Service in Little Falls. If you plan to attend the visitation please wear your Minnesota Twins apparel. The Knights of Columbus will pray at 6:00 P.M. on Thursday evening at the funeral home.

Jerome "Jerry" Waldvogel was born April 13, 1942 in Little Falls, MN to the late Paul and Francis (Lenarz) Waldvogel. He grew up and attended school in Little Falls, MN. Jerry was united in marriage to Arlene Gohl on January 19, 1963 at St. Mary's Catholic Church in Little Falls. The couple made their home in Little Falls raising their four children, Richard, Joseph, Allan and Debra. Jerry worked for the Franciscan Sisters in Little Falls on their farm for a brief time. He will be remembered as everyone's Meat Cutter for over 50 years in the Little Falls area. He enjoyed outdoor activities that included playing softball, pitching horseshoes, darts, shooting pool and bowling in which he received many trophies. Jerry enjoyed time watching the grandchildren grow up and being a vocal spectator at their sporting events. He also spent many hours cheering on his favorite teams the Minnesota Twins and Vikings. Jerry was a member of the Knights of Columbus and the Sons of American Legion Squadron. His fondest time was that spent with his family and many friends in the community.

Emblom Brenny Funeral Service is Cherishing the Memory and Celebrating the Life of Jerry. 320-632-4393

To order memorial trees or send flowers to the family in memory of Jerome "Jerry" Waldvogel, please visit our flower store.