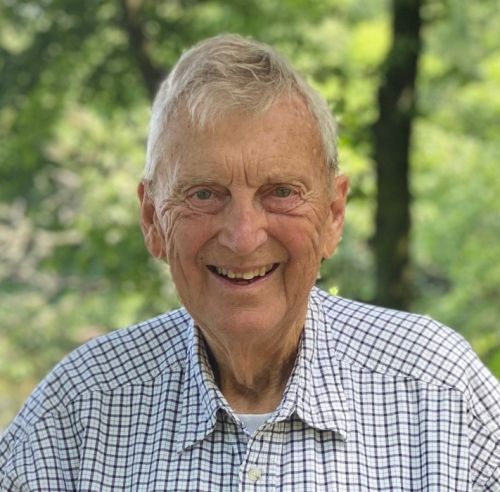 Jerry E. Fabian, 81-year-old resident of Little Falls died Wednesday, October 7 at his home, surrounded by family. A private family funeral service will be at EmblomBrenny Funeral Service in Little Falls with Father David Maciej officiating. The burial will be held at St. Marys Catholic Cemetery in Little Falls.

Jerry E. Fabian was born on May 10, 1939 in La Crosse, Wisconsin to the late Wayne and Norma (Gilbertson) Fabian. He grew up in the small town of Melrose, Wisconsin where he was active in high school baseball, track, football, and basketball. After high school he attended the University of Wisconsin La Crosse for one year and then transferred to UW Platteville where he earned a BS Degree in Civil Engineering. It was during college when he met his future wife, Maureen Lovell. They married on February 11, 1961 at St. Francis Church in Hazel Green, Wisconsin. Upon college graduation, Jerry got a job as a Professional Engineer with the State of Minnesota DNR and they moved to the Twin Cities, eventually this job took them to live at Mille Lacs Kathio State Park in Onamia. In 1966 they moved to Little Falls where Jerry would eventually become the City Engineer, which he enjoyed for several years. He ended his career once again working for the State of Minnesota DNR, where he was the Regional Engineer. He was a proud member of the MN Society of Professional Engineers, Ducks Unlimited, Pinnacle Hunting Club, Moose Lodge, Fishing Museum and a Life Member of the MN Deer Hunters Association. Jerry was a family man, he was a wonderful husband to Maureen and a great father to Dan, Bridget and Carol. Jerry was especially proud of his four grandchildren. He will always be remembered for his love and stewardship for the environment and his passion for hunting and fishing. Some of his favorite traditions were the opening of fishing at Lake Winnie, duck hunting at the Pinnacle Club, the opening of hunting at the Deer Camp, turning the homemade ice cream and licking the dasher at family holidays. Over the years he cheered his kids on during their high school games, attended 52 annual Great Lovell Campouts and loved watching sunsets at the cabin on Lake Alex. Jerry liked a good game of cribbage or rummikub, enjoyed playing in their monthly couples card club and watching the Vikings Twins. And lately he loved spending part of the winter in Ft. Myers Beach, Florida. Jerry was very practical and someone you could always count on to get things done and to execute the plan. He rarely went on a trip without a file folder detailing the event. He lived his life doing what he loved, sharing his passions and most importantly spending time with good friends and family.

In lieu of flowers memorials are preferred to CHI Hospice in Little Falls.

Arrangements are with Emblom Brenny Funeral Service in Little Falls. 320-632-4393

To order memorial trees or send flowers to the family in memory of Jerry E. Fabian, please visit our flower store.