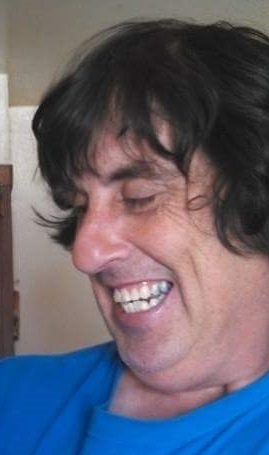 John Anthony Held, 54 year old resident of the Hillman area died Sunday, May 13 in Fridley, MN. A Memorial Mass will be held on Friday, May 18 at 1:00 P.M. at St. Ritas Catholic Church in Hillman with Father Greg Poser officiating. A visitation will be held from 12-1 PM on Friday at the church. The burial will be held in the parish cemetery.

John Anthony Held was born on June 26, 1963 in Minneapolis to Richard and Marjorie (Tomalla) Held. The family moved to the Hillman area in 1970. John attended school in Hillman, Onamia and graduated from Pierz Healy High School. John served his Country in the Minnesota National Guard for a few years. After his discharge, he worked as an arborist throughout Minnesota. He loved fishing, playing softball, darts and pool, tree trimming, drinking Dr. Pepper and Red Bull, playing in dart and horseshoe leagues. John treasured his time spent with his children, Bradan and Bailey and grandchildren, Damani and Desmond.

He was preceded in death by his, mother,Marjorie Held; grandparents, Pete and Marie Held, Gertrude and Joe Tomalla; brother,Joseph Held and a sister, Mary Held.

To order memorial trees or send flowers to the family in memory of John Anthony Held, please visit our flower store.