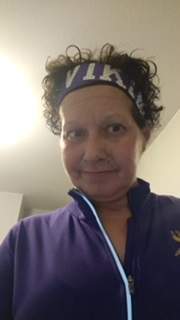 Joyce Marie Geise was to Elmer and Mary (Welle) Geise on February 28, 1972 in Little Falls, MN. She attended Upsala Elementary and graduated from Upsala High School in 1990. After high school she waitressed at Dubs Diner in Royalton. She worked at Jennie O Foods in Melrose for 15years. The past three years she has worked at IWCO in Little Falls. Joyce loved watching the Minnesota Vikings, wrestling, trips to the casino, playing bingo and spending time with family and friends.

To order memorial trees or send flowers to the family in memory of Joyce Geise, please visit our flower store.