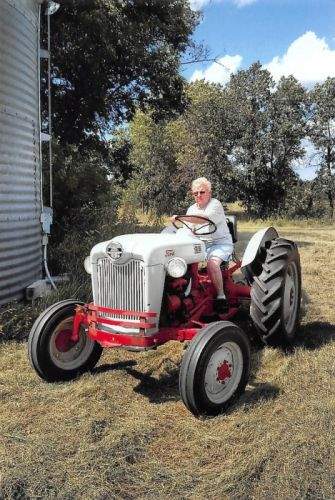 Karolyn Waninger, 77 year old resident of Lastrup, died suddenly surrounded by her loving family on Saturday, January 2, 2021 at St. Gabriels Hospital in Little Falls. A visitation will be at Emblom Brenny Funeral Service on Tuesday from 4:00 PM to 8:00 PM in Pierz and from 10:00 A.M. until the hour of the service on Wednesday at the church in Lastrup. A Funeral Mass will be held Wednesday, January 6, at 11:00 AM at St. Johns Neopmuk- Lastrup with Father David Maciej officiating. Interment will be in the St. Johns Nepomuk Catholic Cemetery in Lastrup. Please wear a mask and respect social distancing guidelines when attending services per the Department of Health. A Prayer Service will be held at 6:00 P.M. on Tuesday evening at the funeral home.

Karolyn Heigl was born on February 22, 1943 in Little Falls, MN to Ray and Theresa (Piehowski) Heigl. She was raised near Buckman, MN on her family farm. She attended school in Pierz and graduated from Pierz Memorial High School with the class of 1961. She was united in marriage to LeRoy Waninger on September 7, 1963 at St. Michaels Catholic Church in Buckman, MN. The couple resided near Lastrup, on their dairy farm where they built a family and raised their children Clyde and Michelle. Karolyn took pride in her farm and spent the remainder of her life there. Karolyn began her lengthy career as a bus driver over 25 years ago. She drove the whole time for the Pierz School District and could often be seen behind the wheel of bus #3. Karolyn drove many routes such as the regular bus route, pre-school route and after school activity route. As her bus driving days came to an end, Karolyn continued her love for riding the route as a Bus Aide. When she wasnt driving bus, you would often catch her going out to eat with the other drivers, playing bingo or attending fun events such as the bus races. She enjoyed playing cards with some of her favorite games being widow whist, whist, smear and rummy. She also enjoyed going for drives in the country, garage saling, spending time on the farm driving tractor (mostly bailing hay), but her most favorite thing to do was to spend time with grandson, Ben and most recently her great-grandchildren, Karolyn and Warren.Grammie as she was most commonly known as, loved giving them gator rides, reading them books or finding any excuse to come and visit. Karolyn will be remembered for her love of Ford Tractors, wild rice hot dish, spontaneous road trips, hard work ethic, smart remarks, and positive outlook on life. She will be missed by her many treasured friends she has made throughout her bus driving years, neighbors and especially her family.

To order memorial trees or send flowers to the family in memory of Karolyn Waninger, please visit our flower store.