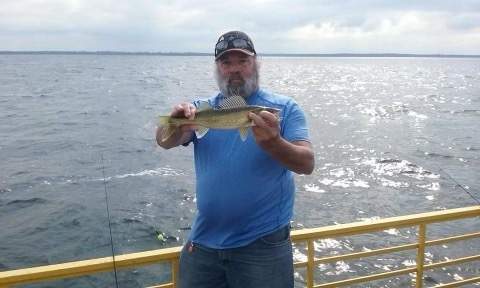 Kevin Sidney Barker was born on September 30, 1957 in Redwood Falls, Minnesota to the late Eldo and Audrey Barker. He grew up and attended school in Redwood Falls. Upon completion of High School, he served his Country in the United States Military. Kevin was in the Minnesota Army National Guard for over 30 years. Kevin was united in marriage to Cari Yamry on August 28, 1999 in Little Falls, MN on the family farm. The couple made their home in Randall, MN. He enjoyed fishing, hunting, boating, watching westerns, Rat Patrol and 12 O'clock High, having a cold beer or EJ brandy with friends. Kevin loved time spent at the family's seasonal camp site at the Gateway Campground in Sauk Centre.

He was preceded in death by his parents and his brother, Brian.

Emblom Brenny Funeral Service is Cherishing the Memory and Celebrating the Life of Kevin. 320-632-4393.

To order memorial trees or send flowers to the family in memory of Kevin Barker, please visit our flower store.