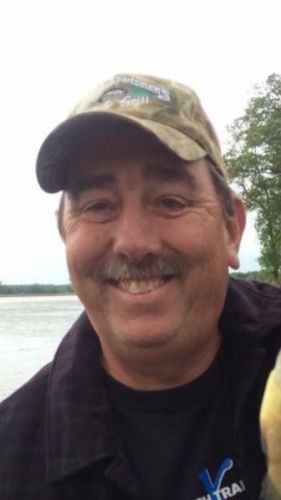 Kimberly R. Lucken, 61 year old resident of Harding, MN died Saturday, September 9, 2017 surrounded by his loving family. A funeral service will be at 11 AM on Saturday, September 16 at Holy Cross Catholic Church in Harding, with Father David Maciej officiating. A visitation will take place from 5-7 on Friday, September 15 and from 9:30-11 AM prior to the service, all at the church.

Kimberly was born on March 18, 1956 in Minneapolis, MN to Richard and Colletta Lucken. He entered the US Marines in April 1973 and was honorably discharged in March of 1977. He often spoke of his travels to foreign countries during his service. Kimberly was united in marriage to Bonnie Litke in 1979 at Holy Cross Catholic Church in Harding. The couple had one son, Ricky and later divorced. In August of 1987 he married Sue Woitalla at his residence in Harding. They had two children, Alexandra and Abigail. In 1995 the couple purchased Harding Sportsmans Bar. They were married for 23 years. Kimberly recently retired after selling the bar in August of 2017. Throughout his 22 years in the hospitality business he acquired many friends, which he welcomed at his home and cabin. Kimberlys hobbies included hunting, fishing, going to the cabin in Canada, and collecting old currency beer memorabilia. He will be remembered for his sense of humor, putting other people first, and his humble passive personality. Kimberly took great pride in his business accomplishments, his many friendships, and most of all his children grandchildren.

He is preceded in death by his mother, Colletta Lucken.

To order memorial trees or send flowers to the family in memory of Kimberly Richard Lucken, please visit our flower store.