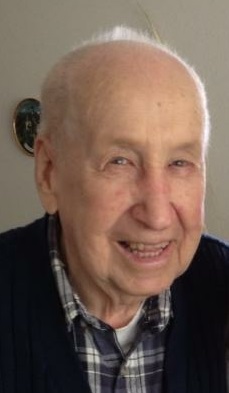 Leo Anton Loscheider was born April 30, 1921 in Buckman, Minnesota to the late Mathias and Catherine (Ubl) Loscheider. He attended country school District #36 near Dixville, MN. Leo learned English in his first year of school, since the primary language spoken at home was German. Leo served his country in June of 1944 during World War II serving overseas in Italy. In August of 1945, while home on leave he married the love of his life Germaine Diehl on September 17, 1945. Leo received the Bronze Star 62 years after serving in the war for his heroism. He was honorably discharged in June of 1946. Upon returning home, Leo farmed in Platte and Granite Townships in Morrison County for seven years. He then worked for Crestliner Boats in Little Falls for 28 years in the Development and Research department. Leo also worked at Camp Ripley as a custodian for a few years He was an umpire for many years for the local area Amateur Baseball League and Womens Softball Leagues. He coached his childrens 4-H softball teams. Leo enjoyed deer hunting, bowling, sharpening chain saw chains and waltzing with Germaine. He treasured his time spent with family and friends. He was a member of the following organizations: Disabled American Veterans, Little Falls VFW Post #1112, Little Falls American Legion Post #46, and Knights of Columbus Council #1804. Leo was a faithful member of St. Marys Catholic Church since 1969.

To order memorial trees or send flowers to the family in memory of Leo Anton Loscheider, please visit our flower store.