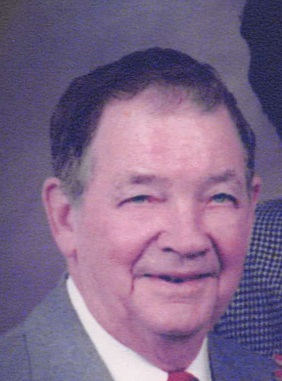 Leonard R. Larson was born on May 15, 1929 at Gottwalt Corner to the late John E. Larson and Myrtle Nelson. The family moved to Hillman, MN when Leonard was a young boy. He attended rural country school. He served his Country in the United States Army from October 11, 1951 until his honorable discharge on September 19, 1953. Leonard was united in marriage to Helen Jean Gohl on October 20, 1953 at St. Josephs Catholic Church in Pierz, MN. The couple made their home in Fridley, MN for 27 years. Leonard worked for Abex Foundry Corporation in the Minneapolis area. The couple moved up north to Peavy Lake just west of Onamia. He worked for Anderson Processing in Little Falls for six years and lived on Pierz Fish Lake. The couple moved into their retirement home in Little Falls where they have resided for the past five years. He enjoyed dancing, playing cards, especially cribbage, deer hunting with his family and spending time at the lake. Leonard was a member of Holy Family Catholic Church Belle Prairie, Little Falls VFW Post #1112, Polka of America and the Polka Swingers.

The arrangements are with Emblom Brenny Funeral Service in Little Falls.

To order memorial trees or send flowers to the family in memory of Leonard R. Larson, please visit our flower store.