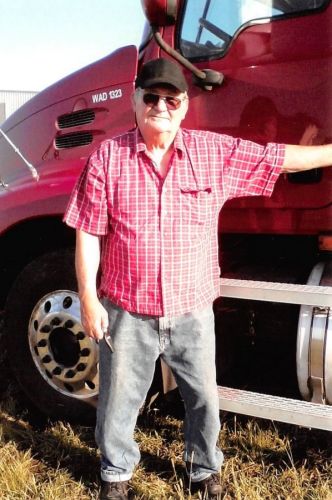 LeRoy Roy Mallinson, 86-year-old resident of Little Falls, Minnesota died March 4, 2020 at his home surrounded by his loving family. A time of sharing will be held at 1:00 P.M. on Friday, July 31, 2020 .A time of gathering will be held from 11:00 A.M.. until the hour of the service. The burial will be held at the Minnesota State Veterans Cemetery at 2:00 P.M. Due to the Governors Executive Order, facial masks will be required for everyone attending.

Leroy was born on January 15, 1934 in Minneapolis, Minnesota to the late George and Evelyn (Peterson) Mallinson. He did boot camp his junior/senior year of high school. After graduation his father signed for him to go into the service, since he was an only son. He was sent to El Toro Air Force Base in California, then sent to San Francisco; then took a flight to Kauai, Hawaii. He spent one year there then came back to San Francisco on the merchant marine ship to Treasure Island. He later went to work for Milwaukee Railroad and the Great Northern from which he was laid off. He went to Duluth and worked for the school board for one summer and then to the Steel Plant. He then worked for Greyhound for the next 30 years. He married Sharon Twining, they had 4 children, later divorcing. LeRoy met Marlene, his current wife while she was a Greyhound ticket agent in Little Falls. They were married on October 13th, 1990. LeRoy later retired from Greyhound. They enjoyed road trips to different casinos with her sister Terri and husband Dan and driving from Duluth to Little Falls to have a few beers with family. Roy enjoyed fishing trips with family and friends to Lake of the Woods and the Apostle Islands. They did cruises on Lake Superior with their boat the Me Too. Later after retirement they moved to Wadena to be closer to his mother. Roy did planting and harvesting from 1997-2015 in Wadena and 2015-2019 in Little Falls at R D Offutt Farms. LeRoy was a member of the Little Falls American Legion Post #46. He will be deeply missed by all who knew him.

He was preceded in death by his parents; son, Jon; daughters, Georgia and Jody; brother-in-law, Gary Wietman and sister-in-law, Julie Zylka.

The arrangements for Roy are with Emblom Brenny Funeral Service in Little Falls, MN.

To order memorial trees or send flowers to the family in memory of LeRoy "Roy" Mallinson, please visit our flower store.