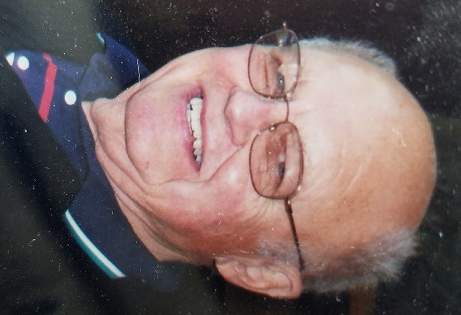 Lloyd DynamiteHagstrom, passed away at the St. Cloud Hospital on May 8, 2019 at the age of 87. He was born on May 24, 1931 in Upsala, MN. Lloyd had a bright smile, a quick laugh and a ready wit. He would often entertain his family with stories from his boyhood days spent like a real Tom Sawyer hunting, fishing, swimming and getting up to hi-jinx around town. Lloyd was a Korean veteran and a long-time member of the Upsala American Legion. Upon ending his military service, he married his high school sweetheart, Louise Lange; they lived in Golden Valley for several years. They then purchased a grocery store in Long Prairie which they ran for a few years until, sadly, Louise passed away. Lloyds last career was as a rural mail carrier during which time he moved back to Upsala where he lived until it became necessary to move to an assisted living home in Holdingford. As a great nephew said, Lloyd truly lived a life that reflected his nickname perfectly -Dynamite.

Lloyd is survived by threesisters in law, Bernice Welters, Donna Lange and Yvonne Hagstrom, three cousins and many nieces and nephews. A memorial service will be held at a yet to be determined future date.

To order memorial trees or send flowers to the family in memory of Lloyd Hagstrom, please visit our flower store.