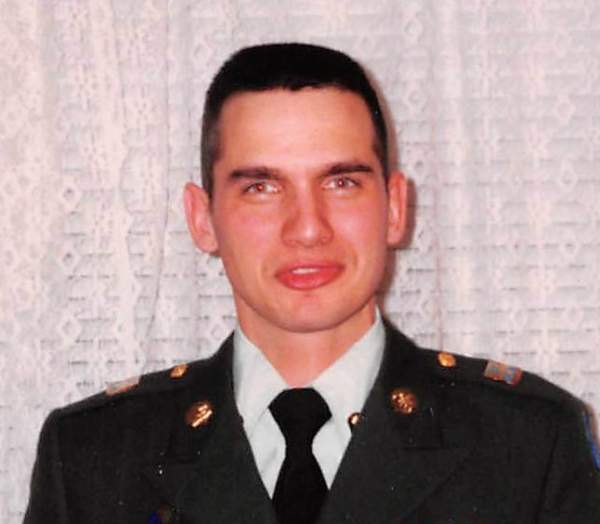 Loren Schmidtz, 46-year-old resident of Lastrup died Saturday, August 7 as the result of an automobile accident in Little Falls. Emblom Brenny Funeral Service is Cherishing the Memory and Celebrating the Life of Loren. A Mass of Christian Burial will be held on Friday, August 13 at 11:00 A.M. at St. Johns Nepomuk Catholic Church in Lastrup. A visitation will be held from 4:00-8:00 P.M. on Thursday and from 10:00 A.M. until the hour of the service on Friday all visitation times will be held at the church. A Christian Mothers Rosary will be said at 4:30 PM, Pierz American Legion Auxiliary Prayer at 5:00 P.M., Parish Prayers at 5:30 P.M. followed by the Knights of Columbus Prayer at 7:00 P.M. on Thursday evening at the church.

Loren Michael Schmidtz was born on June 17, 1975 to the late Donald and Margaret "Caroline" (Wruck) Schmidtz. He grew up in the Lastrup area on the family farm. He attended school in Lastrup and graduated from Pierz High School with the class of 1993. After high school, he enlisted in the Army Reserves from 1995-1999. He attended the Willmar Vo-Tech and studied Agriculture, from 1995-1997. Loren enjoyed the many class trips taken to the following states: Idaho, Montana, Wisconsin and the Dakota's. He worked for the following employers throughout his life: Ferche Millwork, Hennepin Paper and most recently with IWCO in Little Falls. Loren enjoyed anything to do with Agriculture from tractors to "Farm Fest". He also liked playing in area dart leagues, watching tv, especially football and wrestling.


Emblom Brenny Funeral Service is Cherishing the Memory and Celebrating the Life of Loren 320-632-4393.

To order memorial trees or send flowers to the family in memory of Loren Michael Schmidtz, please visit our flower store.