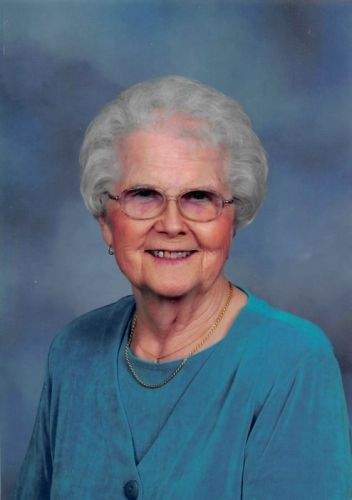 Louene Walz, 94 year old resident of Pierz died on Saturday, November 21 at the Pierz Villa Nursing Home. A Mass of Christian Burial will be held on Saturday, November 28 at 11:00 A.M. at St. Josephs Catholic Church in Pierz with Father Kenneth Popp officiating. The burial will be in the parish cemetery. A visitation will be held from 9:00-11:00 A.M. on Saturday at the church. The family ask those attending to please wear a mask and to social distance.

Louene E. Virnig was born on July 1, 1926 in Granite Township, Morrison County, Minnesota to the late Hubert and Julia (Gross) Virnig. She grew up in Granite Township where she attended District #55 country school. She was united in marriage to Wilfred Kobilka on September 6, 1943 at St. Johns Nepomuk Catholic Church in Lastrup. The couple made their home and farmed in Buh Township. Wilfred died on October 22, 1976. Louene moved to Pierz following the death of her husband, Wilfred. She met John Walz and was married on November 24, 1983. The couple lived in Pierz. Johndied on June 1, 2001. Louene continued living in Pierz, where sheresided at the time of her death. She was a member of St. Josephs Catholic Church and active with the Christian Mothers. She volunteered at the Pierz Villa for several years. She enjoyed traveling, trips to the casino, collecting bells andwriting in her diary.Her family enjoyed her wonderful caramel rolls and the pineapple rolls at Christmas and her many wonderful soups and pies.

The arrangements for Louene are with Emblom Brenny Funeral Service in Pierz.

To order memorial trees or send flowers to the family in memory of Louene Kobilka-Walz, please visit our flower store.