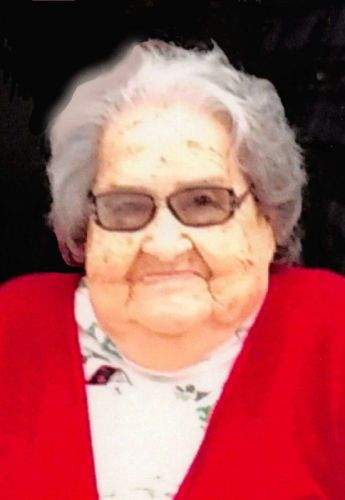 Luella Bernadine (Trotterchuad) Kruchten was born on November 4, 1929 in Naytawash, MN to the late Antoine Otto and Ethel Burt Pelland Trotterchaud Fish. She attended school in Naytawash, MN as a young girl. She was united in marriage to Eugene W. Kruchten on January 31, 1954 in Minneapolis. The couple made their home on the Great Lakes Naval Air Station. They later moved to the Olathe Naval Air Base. Between the moves, Eugene was stationed on several ships out at sea. When he returned, they moved to Norfolk Naval Air Base and then Sandpoint Naval Air Station. After 23 years of service, Eugene retired from the Navy. At which time he and Luella returned to Minnesota and made their home in Fort Ripley. She enjoyed bingo, scratch off tickets, puzzles, casino trips, word finds, embroidering, watching All Star Wrestling, watching her two grandsons dirt track racing, camping, playing cards, traveling, and all other special events that her kids and grandkids wanted to share with her. She will be remembered by her family as a kind, caring, loving and compassionate woman who was always very giving to those in need. Luellas daughters and granddaughters will always hold dear the memories of her doing their hair in Rag Curls. The family gatherings where always a precious and much anticipated time when mom would make her famous rice dish that only she could.

To order memorial trees or send flowers to the family in memory of Luella Kruchten, please visit our flower store.