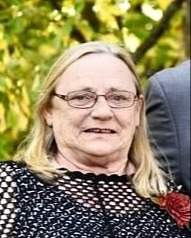 Margaret was born on August 27, 1953 in St. Cloud, MN to Veronica (Theis) and Donald Kaeter. She grew up in Sauk Rapids and graduated from Sauk Rapids High School with the Class of 1971. She was united in marriage to Richard Buersken on July 26, 1975. The couple had three sons, Eric, Robert and Matthew. The couple later divorced. She moved to Little Falls in 1977 and made it her home until her death. Margaret retired from her long-held housekeeping position in Camp Ripley on August 27, 2019. She enjoyed sewing, country music, gardening in her flower bed, camping, and especially trips to the casino. She was an excellent cook who whipped up wonderful holiday meals and made her sons their favorite cookies at Christmas.

She was preceded in death by her parents, Veronica and Donald Kaeter, and two sisters, Yvette Kaeter and Betty Vait.

Emblom Brenny Funeral Service is Cherishing the Memory and Celebrating the Life of Margaret.
320-632-4393.

To order memorial trees or send flowers to the family in memory of Margaret M. Buersken, please visit our flower store.