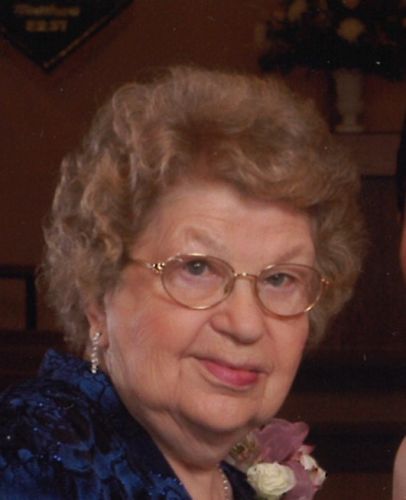 Marjorie was born on January 22, 1923 in Rice, MN to Edward and Elinore (Diedrichs) Christle. She graduted from Royalton High School in Royalton, MN. She was united in marriage to Frank Motzko on October 22, 1946 at Holy Trinity Catholic Church in Royalton. The couple then moved to Little Falls where they raised their son, Tom. Marjorie worked as a switchboard operator and also for Munsingwear. She was a beautiful seamstress, specializing in Barbie Doll clothing. Marjorie was very artistic and crafty. One year she gifted her granddaughter with a remodeled doll house. Marjorie loved to cook pies, bread, potato dumplings, malts and shakes. She enjoyed going to garage sales, shopping for jewelry on QVC, and visiting with family and friends. Marjorie was a member of St. Marys Catholic Church.

She is preceded in death by her parents; husband; brothers, Donald, Vernon, and Conrad.

To order memorial trees or send flowers to the family in memory of Marjorie M. Motzko, please visit our flower store.