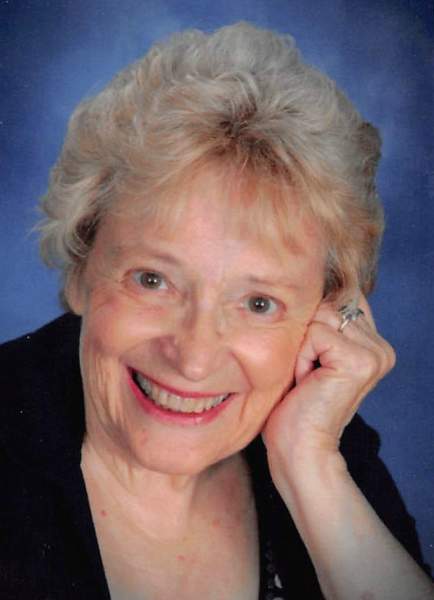 Marjory Jean Whitwell was born February 7, 1932 in Dickinson, North Dakota to the late Harland and Ruth (Cotton) Whitwell. The family moved to Hibbing, MN, where Marge attended and graduated from High School with the class of 1950. She attended Hibbing Community College, the University of Minnesota and graduated from St. Cloud State with a Bachelor's of Science degree in 1954. She was united in marriage to DR. M.E. Van Nostrand on February 2, 1968 in Watertown, South Dakota. The couple made their home on the Mississippi River in Fort Ripley for 55 years. Marjory was in education all of her life she worked at the following schools: Paynesville, MN School from 1954-1956, Waconia, MN from 1956-1957, St. Anthony High School in Minneapolis from 1957-1960, Anoka, MN Schools from 1960-1973 and the Little Falls Middle School from 1973-1992 in the English, Drama and Speech departments. She was a member of First United Church and was active in the choir for 18 years, Marge played the piano for 10 years at the Methodist Church in Pierz, MN and was also the drama director at Pioneer elementary school for a few years. Marge and her late husband, Van traveled around the world twice in their 22 years of marriage. The couple lived in Denmark for six months. In 1971 and 1972 the couple adopted Gina and Sara from South Korea. May Marge's memories be treasured and may she rest in peace!

Left to cherish her memory are her children, Sara Aberle (Son-in-law, Dan Stenerson), Gina Van Nostrand and Yi Sung Gil; 3 grandchildren and many friends and colleagues.

She was preceded in death by her parents; husband, Manning Van Nostrand; brother, Donald Whitwell and a grandson, Erik Van Nostrand.

Emblom Brenny Funeral Service is Cherishing the Memory and Celebrating the Life of Marjory.

To order memorial trees or send flowers to the family in memory of Marjory Jean Van Nostrand, please visit our flower store.