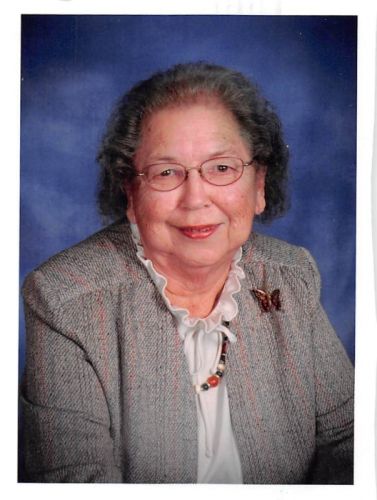 Mass of Christian Burial will be Saturday, June 18, 2016 at 10 AM at St. Edward Catholic Church in Elmdale with Father John Odero and Father Tony Kroll officiating. A visitation will be held Friday night from 5-8 PM at the church in Elmdale and one hour prior to the service also at the church.

Mary Lempart was born on February 23, 1928 in Elmdale, MN to John and Nina (Schlag) Lempart. She was united in marriage on May 14, 1946 to Dominick Kaiser at St. Edward Catholic Church in Elmdale. She raised chickens and sold the eggs to many customers. She also worked at Munsingwear and President Caf in Little Falls. She was known for her sewing and the many quilts she made. One year she gave all the grandchildren a pair of socks for Christmas telling them that was all she could afford. Then she came out with 30 quilts to give each of the children, in-laws and grandchildren. Mary enjoyed farming, square-dancing and gardening.

She was preceded in death by her parents; husband, Dominick on April 19, 2006; sister, Marcella (Raymond) Meyer; son-in-law, Edmund Perowitz; and brother-in-law, James Petersen.

To order memorial trees or send flowers to the family in memory of Mary Kaiser, please visit our flower store.