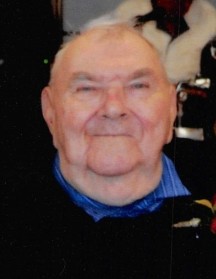 Mathew (Mattie) Gallus Jr., age 82, resident of Pequot Lakes, formerly of North Prairie passed away on Monday, October 1, 2018 at the St. Cloud Hospital. Mass of Christian Burial will be 11:00 a.m. Thursday, October 4, 2018 at Holy Cross Catholic Church in North Prairie. Father Roger Klassen will officiate and Father Laurn Virnig will concelebrate and burial will be held in the parish cemetery. Visitation will be 4:00 8:00 p.m. Wednesday, October 3, 2018 at Holy Cross Church in North Prairie the Bowlus American Legion Post #642 will pray the rosary at 5:00 p.m. and parish prayers will be held at 7:30 p.m. Visitation will also be held one hour prior to services at the church on Thursday.

He was born on September 17, 1936 in Royalton to Mathias and Hedwig (Fussy) Gallus. Mattie graduated from Royalton High School in 1954. He was a member of the Army National Guard for eight years, worked road construction and farmed. He married Mary Ann (Karasch) Solorz on December 28, 1967. Mattie and Mary Ann farmed and raised chickens for Gold n Plump for more than 20 years. He was a member of the Bowlus American Legion, Holy Cross Catholic Church, Royalton Sportsmans Club, Royalton school board member, Eagles Club member, Moose Club member, Two Rivers Township board member, and served on the Stearns Electric Round Up Committee. Mattie treasured his time hunting, fishing, bowling, polka dancing, playing 500, trips to the casino, bingo, snowmobiling, playingbaseball, and was a State Fire Warden for 32 years. He also enjoyed spending time with his grandchildren and great grandchildren.

To order memorial trees or send flowers to the family in memory of Mathew M. Gallus Jr., please visit our flower store.