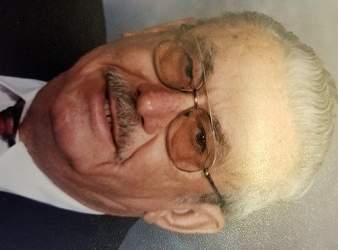 Max was born March 14, 1929 in Elmdale Township, Morrison County, Minnesota to the late Peter and Elizabeth (Dobis) Molus. He attended country school in Elmdale Township. He served his country in the United States Navy for four years during the Korean War. As a young man he worked on the Iron Ore boats on Lake Superior for a few years. He was united in marriage to Irene Klisch on August 6, 1962 at St. Edwards Catholic Church in Elmdale. The couple made their home in North East Minneapolis, Robbinsdale and Fridley. Max worked as Boiler operator and in the maintenance departments for the Swedish Hospital, Methodist Hospital and Hennepin County. Max and Irene also owned and operated a mobile home park near Perch Lake in Brainerd, MN. Irene died on December 31, 2008 and Max continued living in Fridley after her death. Max enjoyed wood working, crafts, fishing, hunting, enjoyed traveling especially to Alaska and Poland. He was a member of St. Williams Catholic Church in Fridley, Fridley Knights of Columbus, Spring Lake Park Post #6587 and the Bowlus American Legion Post # 642.

He was preceded in death by his parents; wife, Irene; brother, Elmer Molus, brothers-in law, Eddie Bursey and Sam Fussy.

To order memorial trees or send flowers to the family in memory of Max Molus, please visit our flower store.