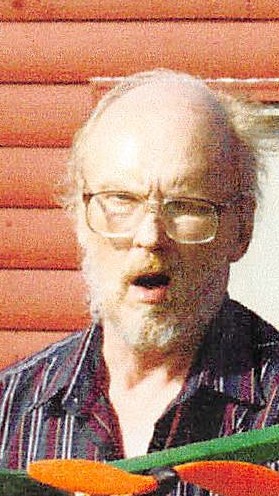 Nicholas McDermott, 77 year old resident of Little Falls died on Wednesday, September 23 at Central Minnesota Senior Services. A funeral service will be held on Tuesday, September 29 at 11:00 A.M. at Emblom Brenny Funeral Service in Little Falls. A visitation will be held from 10:00 A.M. until the hour of the service on Tuesday at the funeral home.

Nicholas was born on April 21, 1943 in Minneapolis to the late Nicholas and Florence (Hetrick) McDermott. He attended Our Lady of Victory parochial school in NE Minneapolis. Nicholas graduated from DE LaSalle High School. He attended the University of Minnesota Twin Cities campus, where he studied Chemistry. Nicholas worked for a short time in the chemistry field. He would often tell the story of traveling the United States jumping box cars for over eight years. He enjoyed making model airplanes and boats and testing them out when they were completed. Nicholas enjoyed watching football especially the Minnesota Vikings. He was an avid reader and enjoyed hunting and fishing in his youth.

He was preceded in death by his parents, Nicholas and Florence McDermott; siblings, William McDermott, Marianne Caldwell, Marlene Swanson.

The arrangements for Nicholas are with Emblom Brenny Funeral Service in Little Falls, MN. 320-632-4393.

To order memorial trees or send flowers to the family in memory of Nicholas McDermott, please visit our flower store.