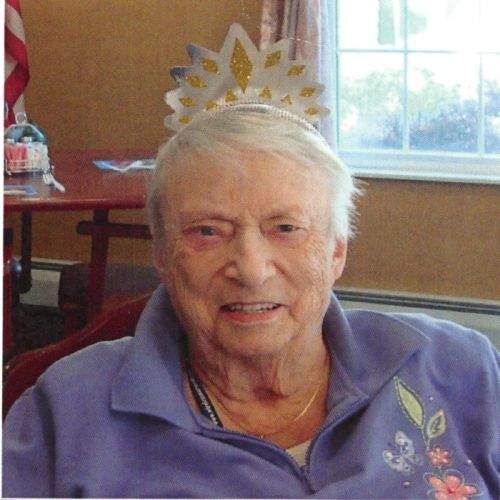 Norma Nickerson, 93 year old resident of Brainerd formerly of Pierz died Tuesday, March 26 at the Good Samaritan Home in Brainerd. A visitation will be held on Sunday, March 31 from 1:00-2:00 P.M. at Emblom Brenny Funeral Service in Little Falls. The burial will be held on Monday, April 1 at Lakewood Cemetery in Minneapolis.

Norma(Pat) Jean Nickerson was born on April 26, 1925 in Minneapolis to the late Clifford and Alice (VanDuesen) Nickerson Mills. She graduated from Roosevelt High School in Minneapolis. She was united in marriage to Owen Nickerson on October 19, 1962 in Minneapolis. The couple made their home in Minneapolis where Norma worked for General Mills and Kelly Gills Temp Agency. After her retirement the couple moved to Sullivan Lake and later to the Brainerd/ Baxter area. She enjoyed playing cards, bingo, word find puzzles and her animals, especially her dog, Candy.

She was preceded in death by her parents and husband, Owen.

The arrangements for Norma are with Emblom Brenny Funeral Service.

To order memorial trees or send flowers to the family in memory of Norma Nickerson, please visit our flower store.